We are so excited to introduce you to our amazing staff and teachers.

Amy Alan started sewing when she was 6 or 7.  She began with cutting up pillowcases and switching around the skirts and bodices on her Aunt’s old prom dresses.  Through high school she really only sewed on patches and went fabric shopping with her aunt who made Amy’s prom dresses and any costumes she needed. 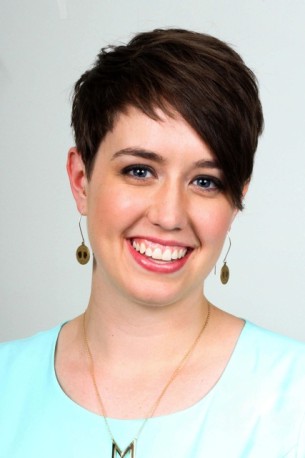 Amy started out as a nursing student in college, but discovered that it just didn’t make her happy.  After taking a sewing class for fun, she discovered that sewing was her niche. She was offered a job as a technical designer with an apparel company right out of college, where she made “outlandish costumes and dresses of every kind” and “often came home covered in glitter and sequins.”  Lots of late nights and stress eventually lead her to take some time off.  Amy began quilting as a way to recoup and found that chain piecing and designing quilts for friends and family was cathartic.  She eventually took a less stressful position doing alterations, where she met some wonderful people.  In 2010, her husband landed a job in Portland and they moved from their home in Indiana.  It was only her second day in Oregon when she interviewed at Modern Domestic and became our very first employee!

Some of Amy’s favorite classroom experiences are in her pattern making classes, where she finds it “wonderful to see everyone form a class bond. We talk about all aspects of life while stitching, and usually end up laughing pretty hard. Any kind of body inhibitions seem to melt away while doing fittings, and everyone becomes comfortable with one another. It’s really great to see people open up to each other.”  Amy’s other favorite part about teaching is making new friends. 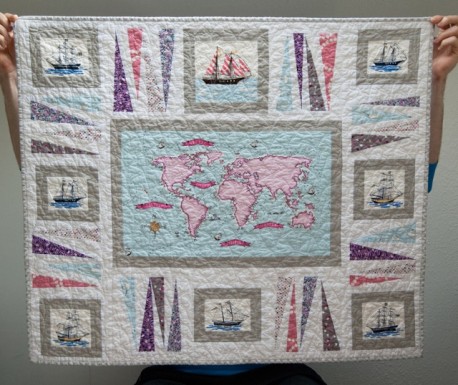 Amy has several articles published in Sew News magazine and has contributed to Susan Beal’s upcoming book, which will be released in 2014. You can find Amy’s blog at Really Handmade. Check out the Modern Domestic website for classes taught by Amy Alan.