Every other week, we profile one of our customers to find out a little bit about their sewing life. This week the MD Sewist Spotlight is on Casey Martel. 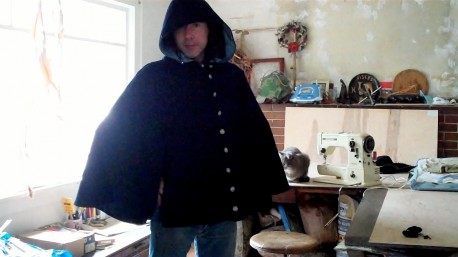 How long have you been sewing?

When I was about ten years old in Newberg, Oregon, my home town, my Grandma Brown taught me how to sew with a needle & thread.  She taught me two stitches which I used to sew on the membership patches for the Shark Club;  my band of friends.  From there I used my skills in the eighties to peg all those wide leggers from the seventies & almost every pair of pants since then.
I’ve labored countless hours, head down, neck straining, wishing I had that SEAMingly secret knowlege held only by an elite few….  until I found Modern Domestic where Lupine, Erica, Meredith, & Michelle ripped open the mechanical world of sewing.  My life will never be the same.

Tell us about a favorite recent sewing project.

My “sew-mates” at MD have given me the opportunity to make a vision come true.  Being a cycliing enthusiast  & pedicab driver I’ve had a few ideas for conventional, practical yet fashionable bikewear.  One thing in particular that’s been flying around in my mind was a riding hood (a short cape & hood).  After taking the Sew Basic class from Lupine back in December of last year I was on the way to realizing my garment dream.  Since then I’ve had a private lesson & taken the Foxy Boxers class from Erica who continues to help me when I come in for the Friday Night Sewcial, a super-awesome time, & meanwhile working on my project: the riding hood.
Sew far ( I can’t help it ) I’ve made three riding hoods ( I’m finishing putting the liner in one ) & plan on making more that I can sell to other cyclists.  I’ve already got one sold! 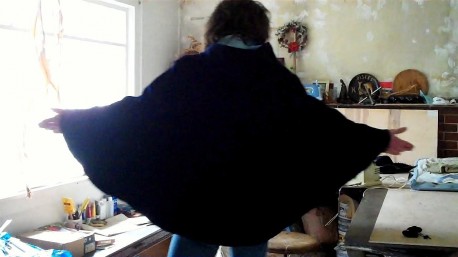 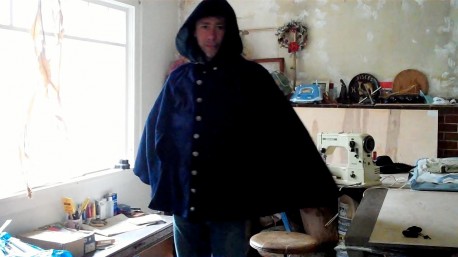 What is your favorite sewing tip/tool?
I’ve aquired most of my tools, my favorite being an all stainless steel seam ripper with fancy matching lid, off of ebay, including my machine, a 1959 Bernina Record 530 in excellent condition from Utah, complete with carrying case, manuals, & original receipt!  It works with a leg operated control arm instead of a foot pedal.  Who knew?! 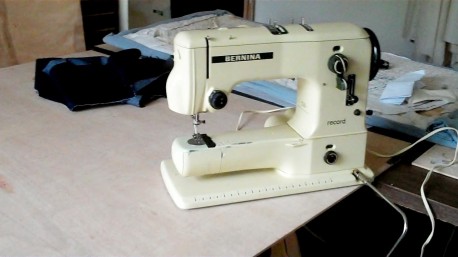 Where do you sew?
I do most of my sewing in what never was my living room where I turned the sectional couch into a sewing table with an old table top, some plywood, & duct tape.
What sewing project(s) do you plan to tackle next?
Next I’m making Duello gloves, Elizabethan Age sword-fighting gloves!  For cycling of course.  ( join my glovers guild & make beautiful gloves with me! )…..  Then boots!
I’ve aquired the domain names, sewmates.org & sewmates.net for something – I dont really know yet.
The projects will never end & for that I am eternally thankful.