Every other week, we’ll be profiling one of our customers to find out a little bit about their sewing life. This week the MD Sewist Spotlight is on Alex Leavens. Read all about Alex’s adventures making stuffed bunnies, sewing ties and ax covers, and channeling Chuck Norris. 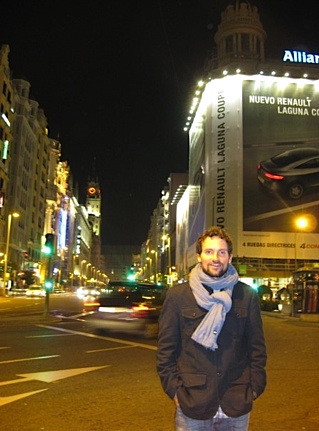 How long have you been sewing?

I think I’ve been sewing since early to mid 2009. I have a friend of a friend who is a local sewist/fashion designer. I went to her house one day and I saw a machine embroidery project that she did on a cloth cover for an old wooden chair. It was really simple and stark with almost a Victorian look to it. It was  just a series of loops in a big loop around the edge of the seat cover. It really inspired me. Three weeks later I got a sewing machine in trade (for a 4am ride to the airport), joined a sewing meetup, and started taking classes.

Tell us about a favorite recent sewing project.
My original intent was to start doing funky machine embroidery but I took Amy’s tie class and got really inspired to sew neckties. My most recent and fun project was to sew some canvas ax covers with leather inserts. Over the fall and winter I was shooting a how-to video on ax skills and needed a bunch of covers quickly. I was having a lot of trouble making all-leather covers so I just got some thick canvas, sewed them into envelope shapes and inserted square pieces of leather into the ends. 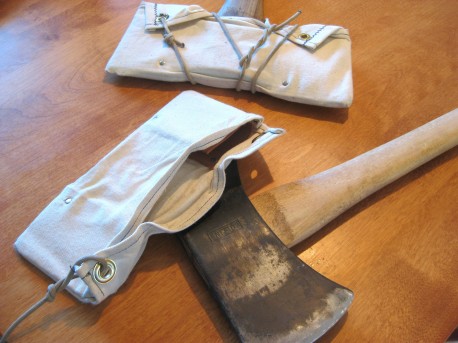 What is your favorite sewing tip/tool?
My favorite sewing tools are the cutting mat, straight edge, and rotary cutter. I started out with old school chalk line and scissors, and the mat and rotary cutter are so much more precise and efficient. They were essential for making neckties. I don’t know if it’s a tip, but I like hand sewing up the back of the necktie. Even though it’s long and tedious, I’ll put on an interesting podcast, adopt a Chuck-Norris-like focus, and go for it. That’s the point where sewing the tie is a real craft. To be able to make a tight, hidden stitch in a straight line over that distance is kind of an accomplishment. 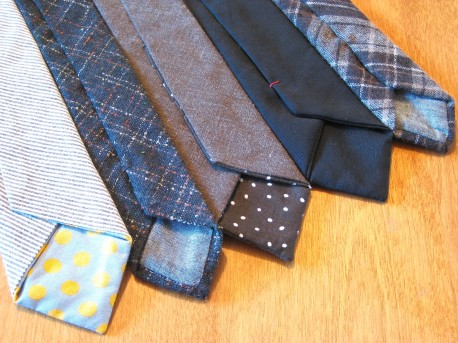 Where do you sew?
I have a spare room in my home for creative work. It’s pretty simple but I draw a lot of creativity and inspiration from my family history. My family mostly comes from Eastern Oregon and we have had sheep herders, inventors, state police, and a state senator in our history and so I’ve hung up lots mementos of them and their accomplishments. I also have some Japanese prints and furniture from my Grandmother. Sometimes I sew in my friend Daniel’s basement. He has some heavy duty industrial machines including an industrial serger for making bags and outdoor gear. And of course I like to get out, be social, and sew with my girls down at Modern Domestic. 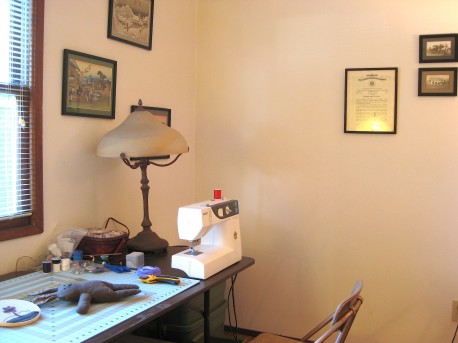 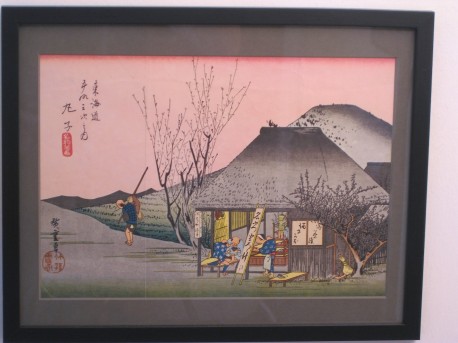 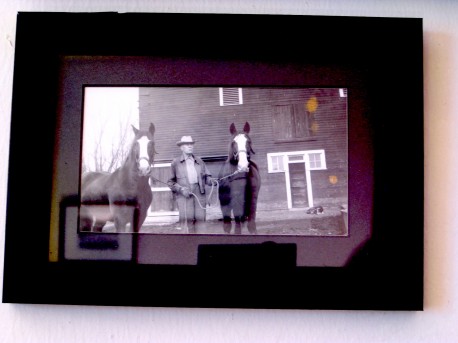 What sewing project(s) do you plan to tackle next?
Oy vey, there are a lot of sewing projects I’d like to start. I really want to take some alterations classes and even though I’m still grieving from a failed attempt at a stuffed bunny from last Christmas, (Make the pattern bigger!!) I want to make more bunnies. Also in the near future: more ax covers and more embroidery projects. Down the road I want to be able to make an old-timey canvas tent for some rustic camping. 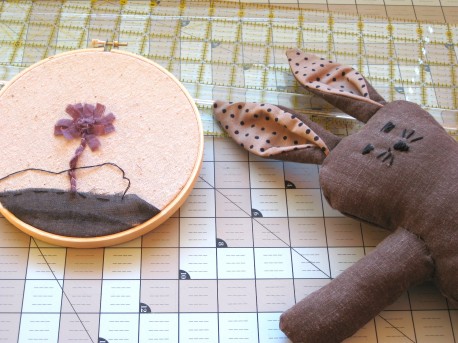